The EU Posted Workers Directive of 1996 (96/71/EC) followed on from the freedom of movement of services in the EU, and aimed to standardize working conditions across the EU member states. It obliged employers to provide employment conditions at least equal to the minimum level provided for by law in the host country where posted workers are temporarily working. Core employment conditions were introduced across the EU countries – for example on working hours, minimum wage and scheduled breaks. This was both to protect the workers themselves, and to allow fairer competition between EU member countries with lower and higher wage scales.

The Posted Workers Enforcement Directive (2014/67/EU) introduced employer compliance monitoring: notifications to be submitted to labor authorities in the host country prior to the first day of posting, giving details of the posting and the worker (PWN); record-keeping requirements during and up to five years after the posting; and appointing a liaison in the host country to liaise with authorities. The various EU and EEA member states have transposed these requirements into their national law in different ways.

The latest Amendment EU Posted Workers Directive (2018/957/EU) effective July 2020 revises the first Directive by laying out stricter working conditions and requirements. Most importantly, instead of only meeting national minimum salary requirements, remuneration must now be equal to local workers while the worker is undertaking the posting, as per national legislation or universally applicable collective bargaining agreements.

The new Amendment Directive also introduces the concept of a long-term posting. For postings beyond 12 months (extendable to 18 months with an extra registration step), posted workers will now be more fully subject to local labor law in the host country.

Who is a Posted Worker (PW)? 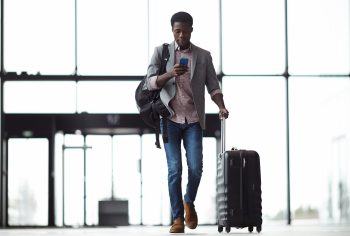 The Posted Worker Directives apply to any person on an employment contract in one EU/EEA/Swiss member state (EU+) and providing a service temporarily in another EU+ state. Typically, these are employees working at client sites; at an affiliated entity; or workers sent via temporary employment agencies. This includes, for example, technicians installing or servicing equipment in a second member country, working at a construction site or a lawyer traveling to discuss an active case with a client.

Some countries have extended the definition of activities that fall into the scope of the Directives. Most notably, Ireland requires a PWN even for a 2-hour business trip to the country, and Belgium requires a PWN (the LIMOSA Declaration) whenever an individual is carrying out working activities without paying social security in Belgium (including when they are traveling to Belgium for remote work).

Do the Posted Worker Obligations Apply to Postings from Outside of EU+?

Note that those countries that do not apply their PW laws to postings from outside EU+ directly may still apply similar requirements based on other laws, for example Czech Republic applies a Labor Office Notification (which is very similar to the PWN) to other types of assignments based on separate laws, and Spain applies the same working condition requirements to Intra-Company Transfer permit holders based on Immigration Law, among others.

Is the Worker’s Nationality Important?

The nationality of the worker has no impact on whether an individual is considered a posted worker. This is solely determined by where the employment contract is based and the country of posting. As an example, a French national employed in the Netherlands and sent on a posting to France falls into scope, despite being posted to their country of nationality.

The duration of the posting does not affect if someone is considered a posted worker. In certain countries, there may be exemptions from one or more of the PW obligations for some short-term activities, however, this does not mean that the person is not a posted worker. For example, first installation of equipment supplied by the posted worker’s employer in most countries is exempt from some of the working condition requirements for up to eight days, but the other requirements do continue to apply; Spain has an exemption for trips of up to eight days for the notification requirement only, but other requirements for equal working conditions for posted workers still apply.

The duration of the posting does not affect if someone is considered a posted worker.

What is the Impact of Brexit?

Since about half of the EU countries are applying their PW Regulations to postings from outside EU+ as well, in those countries postings from the UK will still fall into the scope of the requirements. It is especially important to note that the EU-UK Trade and Cooperation Agreement (TCA) has no impact on the Posted Worker Directive (PWD) requirements. Therefore, companies should be aware that allowable activities on business status in the TCA between the UK and the EU member states do not exempt the company from the PWN or other Posted Worker requirements, if the host country applies their PW laws to postings from outside of EU+. For instance, there may be a work permit exemption for a certain activity for trips of up to 90 days based on the TCA, however, all PW obligations may still apply.

What about Remote Workers? 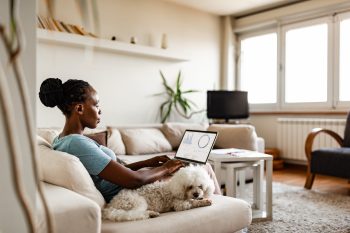 With the COVID-19 pandemic, there has been a marked increase in the number of individuals working remotely and employers are often obliged to allow employees to work from home. As travel restrictions have eased, some employees have traveled to work from countries other than their country of residence.

Generally speaking, the PWD does not cover those working remotely from home or a hotel. However, there are other potential other issues around remote work. The employee’s regular place of work is a deciding factor. If an employee is assigned to work in a country other than the one where they normally work, and is providing a service for a person or entity in the host country, they would be considered a posted worker. But even if they will not be providing a service to anyone in the host country, working condition requirements may still apply, based on other laws. In addition, there are several other areas you need to consider before agreeing for your employee to work remotely from another country, including social security obligations and the risk of corporate establishment, to name just two.

See It In Action

Defining Global Mobility Success After COVID: What to Learn from Mobility Leaders

Shipping Amid the Russia-Ukraine Conflict

Defining Global Mobility Success After COVID: What to Learn from Mobility Leaders

Shipping Amid the Russia-Ukraine Conflict

Get corporate relocation insights and resources delivered to your inbox.

You're all signed up!